The Grace Year: A Novel (CD-Audio) 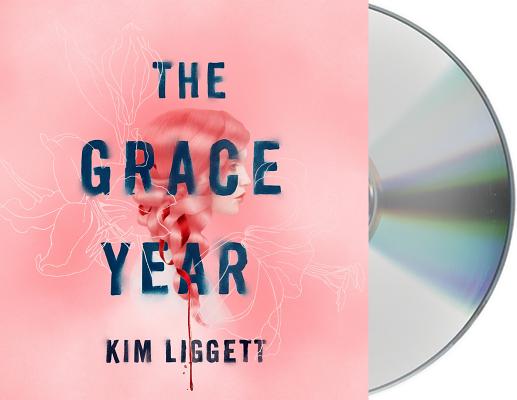 “Liggett combines a dystopian society with a horrific survivor story and a dark fairy tale in The Grace Year. Young girls are believed to be magic, so they are forced into exile for their 16th year in order to release their powers. After their year away, they are expected to come back ready for a docile home life. But not all of them come home alive, and many come home changed. Liggett’s story is haunting and lyrical, an intriguing page-turner filled with love, brutality, violence, and hope.”
— Scott Lange, The Bookman, Grand Haven, MI

This program includes a bonus conversation with the author.

A speculative thriller in the vein of The Handmaid’s Tale and The Power. Optioned by Universal and Elizabeth Banks to be a major motion picture!

No one speaks of the grace year. It’s forbidden.

In Garner County, girls are told they have the power to lure grown men from their beds, to drive women mad with jealousy. They believe their very skin emits a powerful aphrodisiac, the potent essence of youth, of a girl on the edge of womanhood. That’s why they’re banished for their sixteenth year, to release their magic into the wild so they can return purified and ready for marriage. But not all of them will make it home alive.

Sixteen-year-old Tierney James dreams of a better life—a society that doesn’t pit friend against friend or woman against woman, but as her own grace year draws near, she quickly realizes that it’s not just the brutal elements they must fear. It’s not even the poachers in the woods, men who are waiting for a chance to grab one of the girls in order to make a fortune on the black market. Their greatest threat may very well be each other.

With sharp prose and gritty realism, The Grace Year examines the complex and sometimes twisted relationships between girls, the women they eventually become, and the difficult decisions they make in-between.

Praise for The Grace Year:

"The Grace Year seethes with love and brutality, violence and hope. It is a remarkable and timely story of the bonds between women, the cost of breaking those bonds, and the courage it takes to defy a patriarchy intent on crushing feminine strength." -- Sabaa Tahir, #1 New York Times bestselling author of An Ember in the Ashes

"This book is harrowing and absolutely riveting, an insidious journey from reason to madness that manages to completely refresh the concept of the patriarchal dystopia, with a beautifully realized ending that goes to a very different, and even more believable, subtle, and unexpectedly satisfying, place than I expected." - Melissa Albert, New York Times bestselling author of The Hazel Wood

Kim Liggett, originally from the rural Midwest, moved to New York City to pursue a career in the arts. She's the author of Blood and Salt, Heart of Ash, The Last Harvest (Bram Stoker Award Winner), The Unfortunates, and The Grace Year. Kim spends her free time studying tarot and scouring Manhattan for rare vials of perfume and the perfect egg-white cocktail.