The Stranger Beside Me (Mass Market) 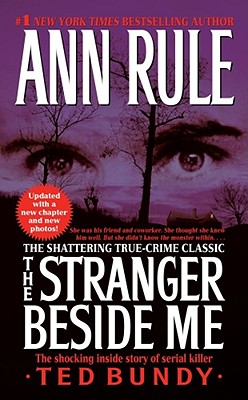 Utterly unique in its astonishing intimacy, as jarringly frightening as when it first appeared, Ann Rule's The Stranger Beside Me defies our expectation that we would surely know if a monster lived among us, worked alongside of us, appeared as one of us. With a slow chill that intensifies with each heart-pounding page, Rule describes her dawning awareness that Ted Bundy, her sensitive coworker on a crisis hotline, was one of the most prolific serial killers in America. He would confess to killing at least thirty-six young women from coast to coast, and was eventually executed for three of those cases. Drawing from their correspondence that endured until shortly before Bundy's death, and striking a seamless balance between her deeply personal perspective and her role as a crime reporter on the hunt for a savage serial killer -- the brilliant and charismatic Bundy, the man she thought she knew -- Rule changed the course of true-crime literature with this unforgettable chronicle.

Ann Rule wrote thirty-five New York Times bestsellers, all of them still in print. Her first bestseller was The Stranger Beside Me, about her personal relationship with infamous serial killer Ted Bundy. A former Seattle police officer, she used her firsthand expertise in all her books. For more than three decades, she was a powerful advocate for victims of violent crime. She lived near Seattle and died in 2015.

"As dramatic and chilling as a bedroom window shattering at midnight." -- The New York Times